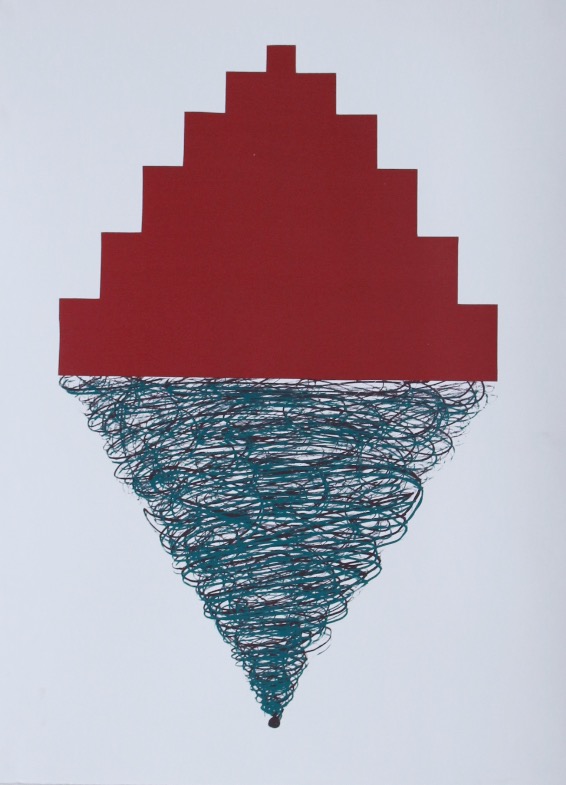 There are two worlds: the one that builds and the other that spins. The invisible line in the center acts as a separation between these two radically different worlds. The first is a step pyramid in a solid dark red. The other is a chaotic whirlwind that originates at a point living in both blue and purple.

The step pyramid represents the world above. Here, the overall structure is a solid constructed by humans. The solid state of the system disables intake from other realities and it solely formed through itself. The visible geometry and hard lines are an invention of the human will. The step pyramid structure conveys a form of hierarchy; many are placed on the bottom and few at the top. The top becomes increasingly smaller in size. Yet the bottom holds and sustains the rest of the structure. The hierarchal model is a human structure that dominates politics, education, and thught.

The chaotic whirlwind represents the world below. Here, an abstract whirlwind with no apparent geometry forms an unpredictable pattern. The structure appears random and unintentional. There are lots of spaces for breathing room ensuring movement. The variation of line weight adds to the complexity and diversity in the world below. A sense of mystery dominates the function of this world. The depth of the whirlwind meets at a singular point.

The world underground is motivating the world above. The chaotic whirlwind brings into existence the world of solid objective realities. Our sight only shows us the world above, and we are in a state of constant mystery of the world below. This creation conveys the paradox that exists in the opposition of these two worlds.

An alteration of this image is shown on the right. Here, the depth of the whirlwind meets at two distinct points. This process explores the difference between duality and oneness as the center of our universe.

Inspired by Nietzsche, On the Genealogy of Morality 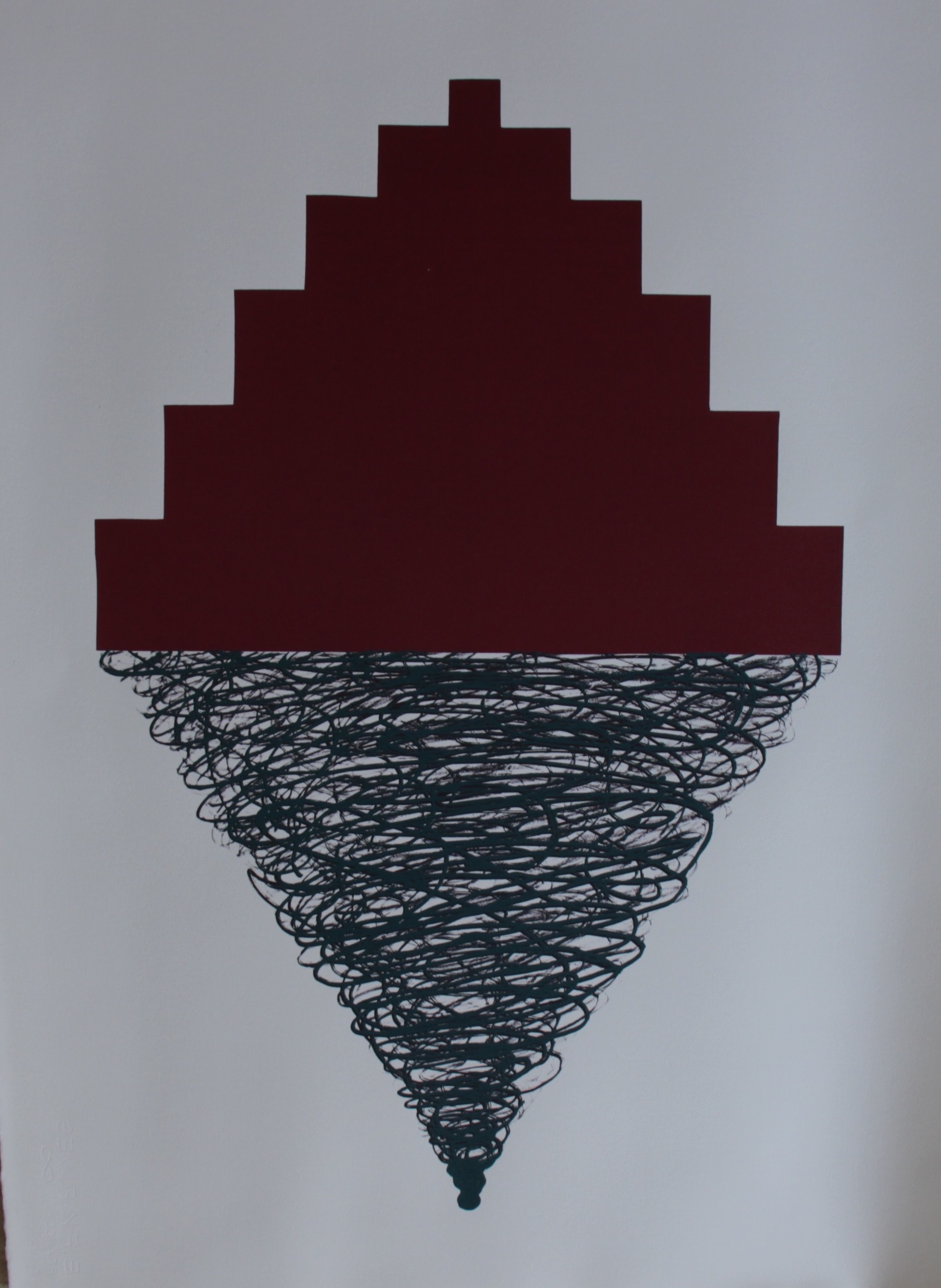