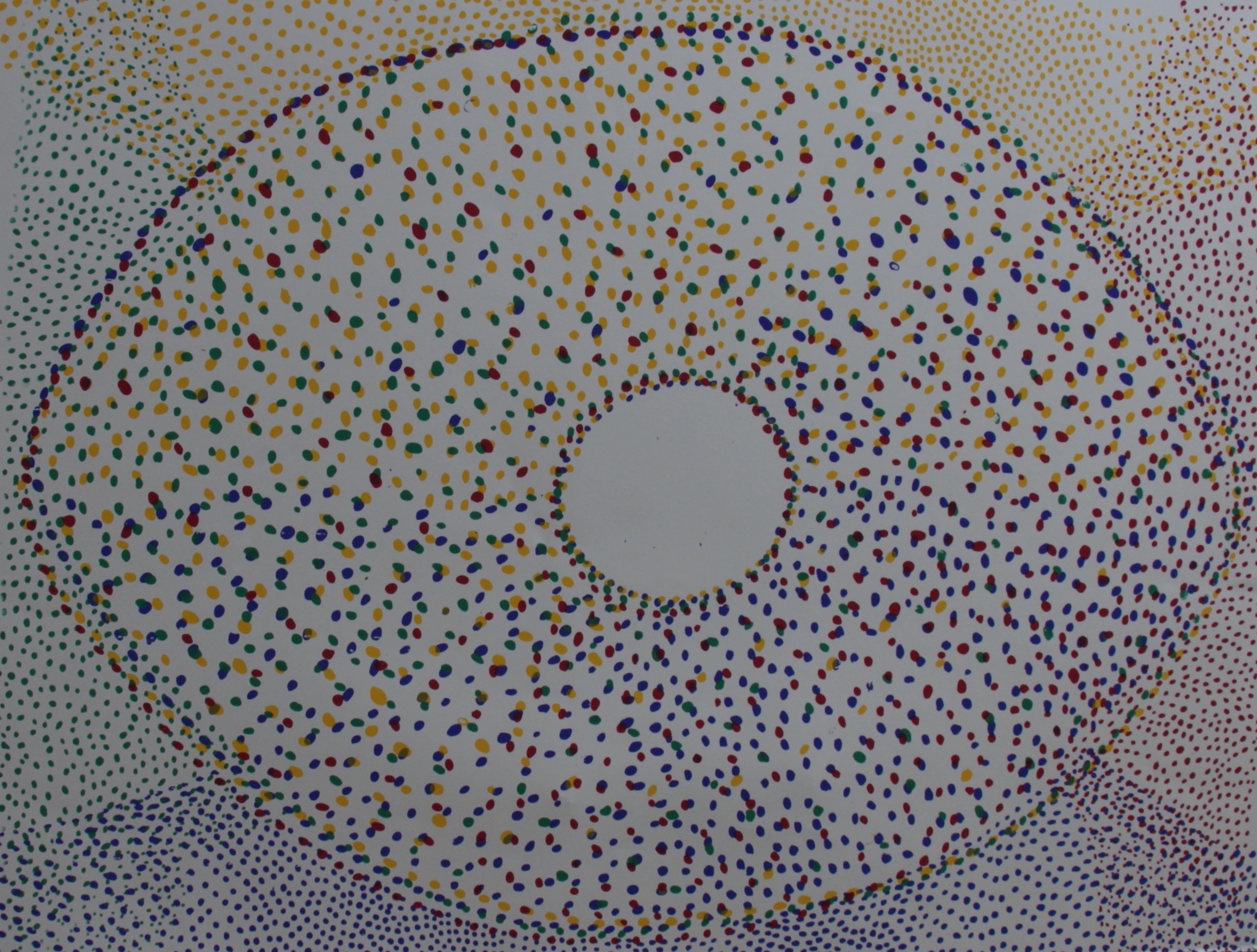 There are four sources of originations in this print located on each side and shown by the colors blue, green, yellow and magenta. The overlapping ovals of each color distinguish these sources from the larger space that contains all colors in close proximity scattered around each other. In the center, four small circles in each color overlap each other and separate the dots and their interactions with one another from an empty white circular space.

Each dot represents a world of its own. The world of the dot has a unique character that follows its own specific protocol. The choice of a dot was made symbolizing the infinity contained in a sphere, and thus in an individual world.

There is a densely populated region of dots for each color. This area indicates the source of the colors creation. Here, a strict way of knowing dominates the thought process that builds the whole entirety of the world. While there exists purity of thought in these densely concentrated spaces, they remain on the outskirts of the spectrum.

The eye-like pattern that engulfs the majority of the dots represents the line that separates a reality of purity from a reality of interaction and communication with one another.

The intermingling of different worlds of consciousness exist within this eye-like pattern. Here, all thought exist in a multitude of color. Most of consciousness exist as mixtures from different sources. These compositions confuse the essence of the world and result in a unclarity of the thoughts themselves. The origin of influences is often unclear and it is difficult to isolate parts from the interaction. The boundaries between worlds that combine with each other are blurred. Lack of clarity is sacrificed for breadth.

The area filled with color and overlapping dots represents the complexities of thought and the fruitfulness of discussion. It suggests the necessity of precision in doing the work of understanding. The process involves identifying parts and their sources while still holding onto the multitude of color.

The circles then separate the dynamic interactive world from a white circle. The emptiness of this circle convey that the center point of various sources of originations does not exist. The lack of existence teach that there is no neutrality. Worlds cannot combine with each other in the middle. Rather, we are all leaning towards some form of purity in some capacity even if it seems we are quite distinct from it. This white space is infinity itself. 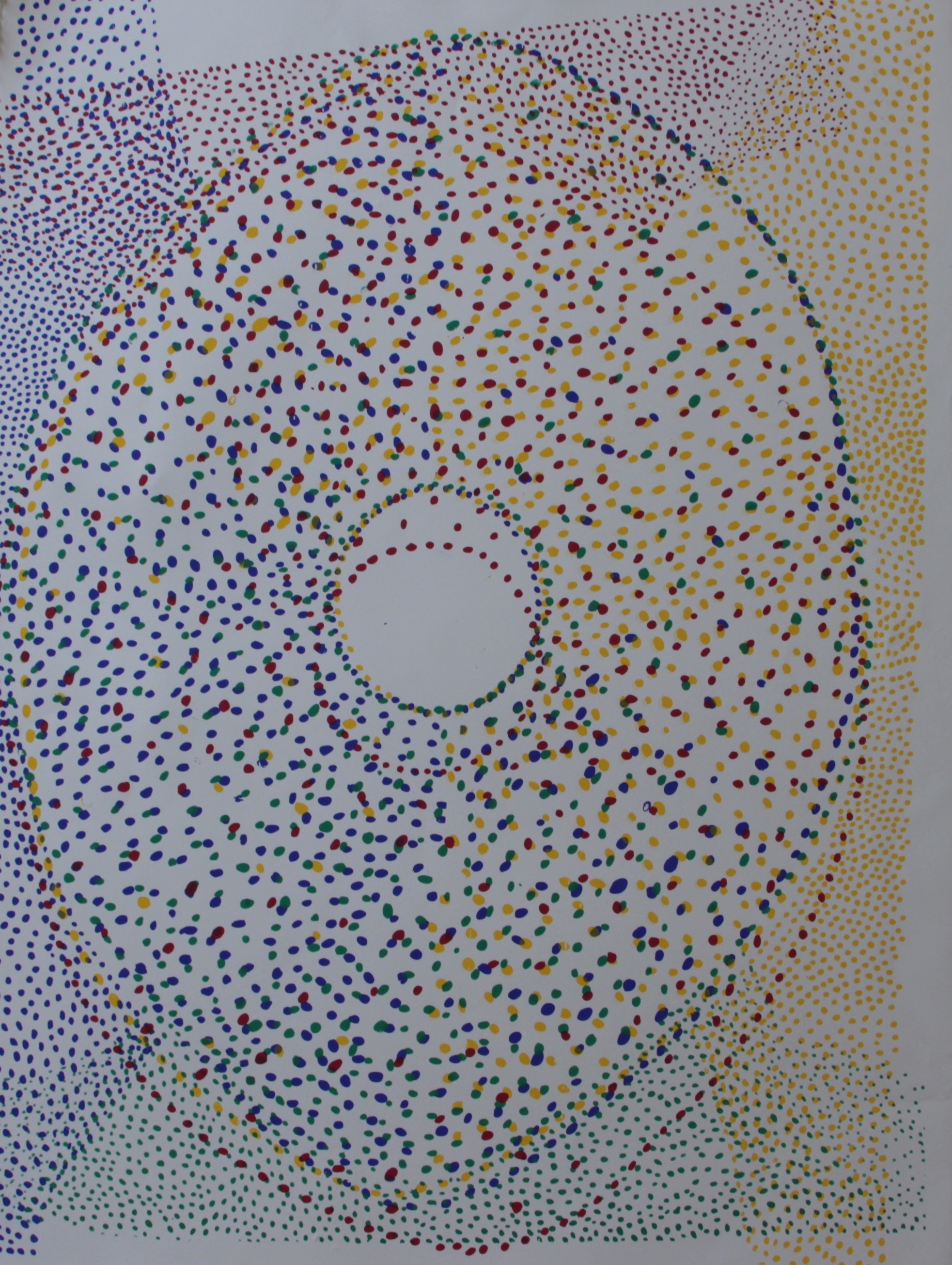 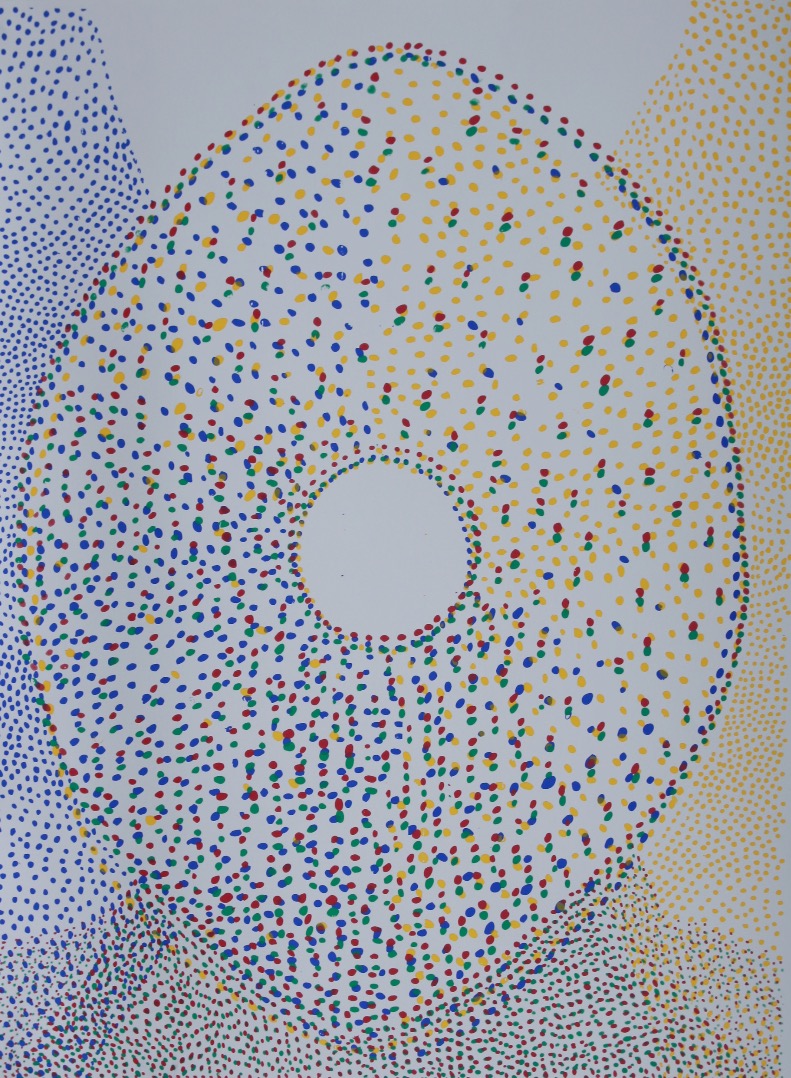