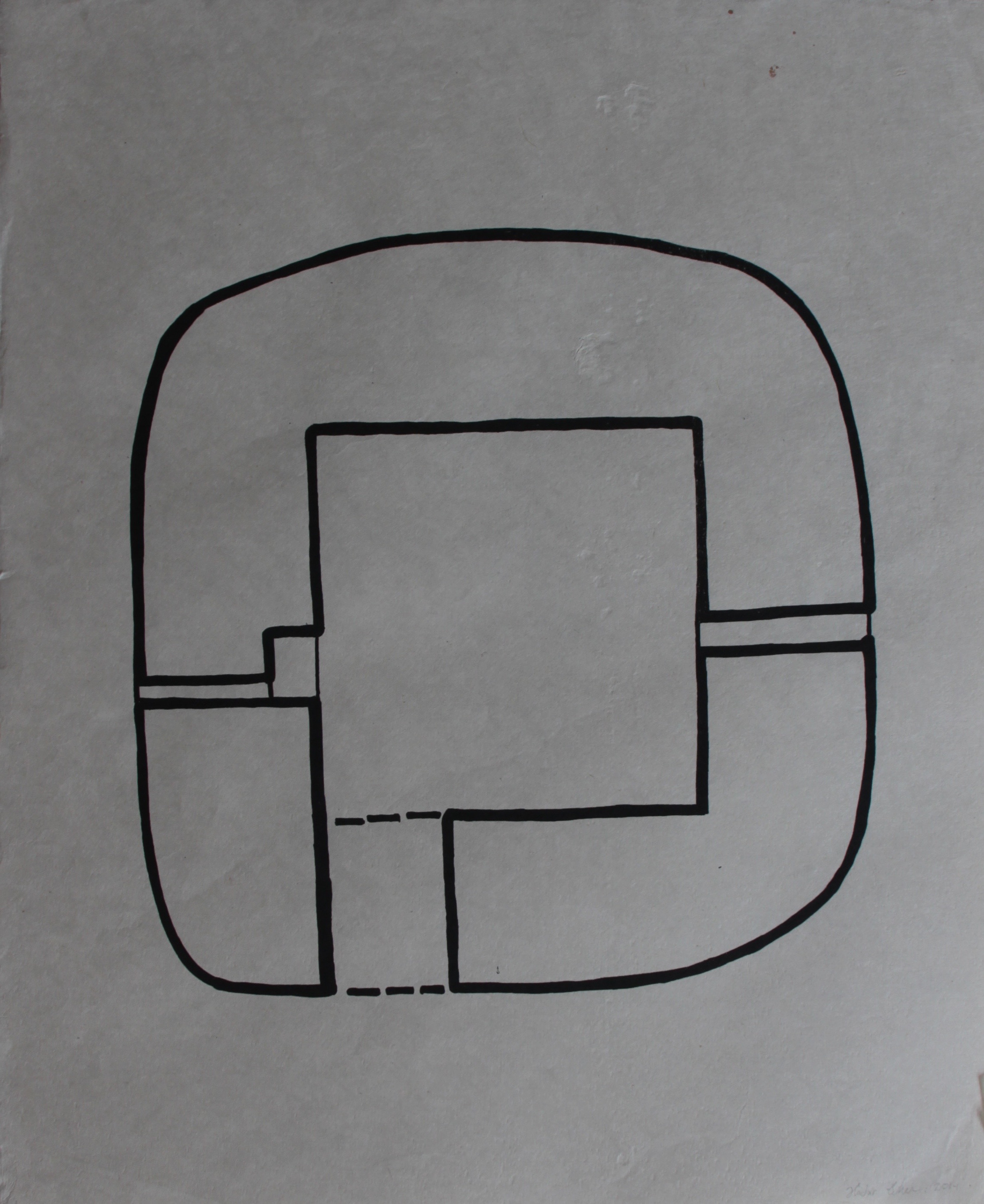 The architectural plan on the left is a structure built during the Protohistory time period between 8000 to 7000 BC, shortly after the Neolithic Revolution. The Neolithic Revolution, commonly known as the Agricultural Revolution, caused a dramatic shift in the interaction between humans and land; rather than ensuring survival through hunting and gathering, humans learned to cultivate the land for produce. This transition introduced the beginning of agriculture.

The inner formation is a square, a shape constructed by four perfectly straight lines. The outer shape resembles a square, but is round around the edges. Two windows are oriented symmetrically on each side for ventilation. One window has a window sill to place the food collected from the farm. The doorway was deliberately positioned on the left side of the wall restricting sight from the entrance and thus, creating privacy for the inhabitant. The inner square shape contrasted with the outer rounded edges symbolize a deeper transitional moment in mankind’s relationship to nature. The inner square enables optimal space efficiency due to the nature of the human body; the linearity of the body, both vertically and horizontally, can fit in every direction. The outer formation is rounded to alleviate the work in building the structure. The choice of labor allocation in this manner illustrates a mindset that was largely concerned with practicality and efficiency.

The necessity for the origination of the shelter arose from a desire to grow food from the land. The underlying premise for the construction of this space was to more wisely serve the human body. Straight lines are a human invention crafted by replication of the human body form. Curvature is the quintessence of nature. The configuration of the rounded square containing the geometric square displays a human creation protected by nature. This presentation imparts a philosophy of struggle in man’s relationship with nature. On the one hand, man is subservient to nature as he is bounded and protected by it. Yet on the other, man is equipped to impose structures on nature. Still, this work of art communicates a harmonious relationship of contradictory elements, and thus alludes a sense of comfort.

On the right is a red brick wall seen from a lateral perspective. This structure is rigid and made up entirely of linear lines. The structure also seems impermeable and conveys a strong and practical sense.

The juxtaposition of these two structures are shown through two different viewpoints: lateral and topographical. They depict two different ways the sight of humans captures the essence of a thing. The relationship of humans to nature is called into question through these two pieces. The differences in viewpoint challenge our understanding of space and what it does for us. 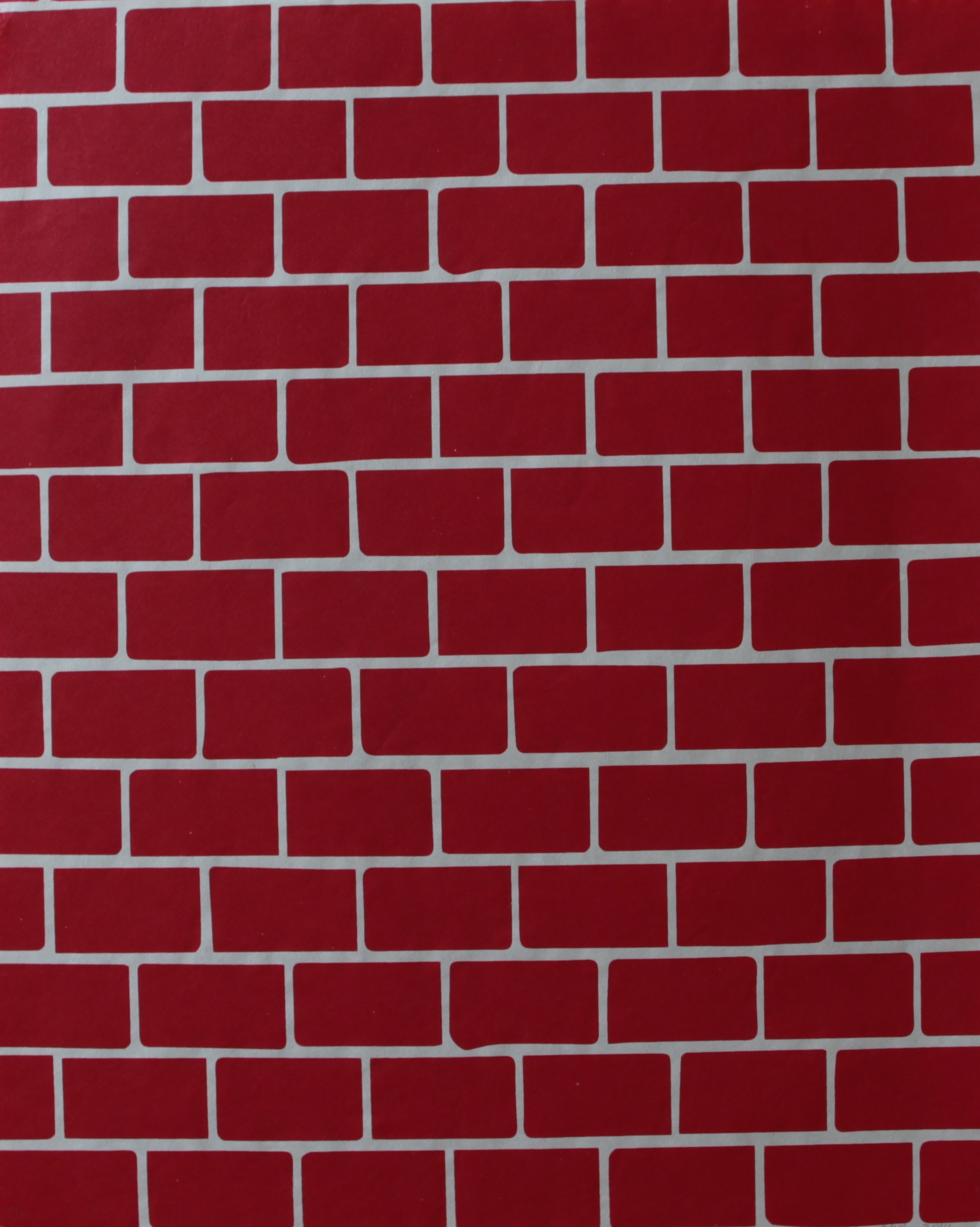